BLOG
HOME  | Can sex dolls be a cure for loneliness? Can sex dolls be a cure for loneliness?

The 21st century gave us many new inventions, especially when it comes to technology development. We are all witnesses to artificial intelligence being introduced to a broader audience. This change influenced all of the industries out there. The products are more efficient, our phones and listen and answer our questions. But there are also more unusual ways in which artificial intelligence has been used. One of them is putting AI inside a sex doll and turning it into a realistic and interactive mannequin. Let’s face it; a simple vibrator is becoming a thing of the past when it comes to sex gadgets. The development of sexbots and the massive demand for them also uncovered that we live in a lonely world and look out for ways in which we can feel less alone. It might seem ridiculous that a silicone pussy can have more than one purpose, or even cheap sex dolls head, but your opinion is about to change forever. Let’s talk about the potential for sex dolls to become a cure for loneliness.

The origins of a sex doll

The year was 1997 when Matt McMullen created a movable-display mannequin company in his garage. He didn’t intend it to be anything more than that. Matt starts selling and receives many comments from his customers about the potential of adaptation of his products to have sexual use. But the mannequins he made weren’t originally designed to have such qualities. Matt was convinced he was leaning more into the interactive art field. Fortunately for him, he listened to the people and changed his mannequins to satisfy the clients’ needs. And that is how a mini sex doll, or as Matt calls them, love-dolls, came to life. Today, RealDoll is a multi-million dollar business that grows at a rapid pace. The owner admits that people are buying his dolls not only to release sexual tension but also to create a bond that they are unable to have outside their houses. Matt states that, unfortunately, loneliness is a massive part of the success of his business.

According to HRSA (the Health Resources and Services Administration), loneliness is as dangerous to a human body as smoking 15 cigarettes a day. The research suggests that two out of five people in the USA are feeling lonely and socially isolated at this very moment. We are all social creatures, and a lack of connection between people can cause some severe consequences. Feeling alone in the long-term can increase the risk of suffering from mental health issues. Almost 30% of Americans live by themselves, and it is not a good sign. Yes, independence is important, but it seems that in general, people can’t achieve a meaningful life alone. The 21st century is facing an epidemy of loneliness among all kinds of societies. No wonder people look for help where they can, even on sex dolls sites.

A substitute for human intimacy

All people desire to have a meaningful relationship in their life. When that doesn’t happen, it creates tension. This is when people are trying to find a substitute for another human being’s presence. Sex dolls seem to fulfill that need. They are attractive in the way they are shaped and that you can make up their personality as you wish. This concept has a global appeal, sexbots are being sold From America to Japan. In fact, Japanese people started appreciating more the inorganic relationships they have with robots, and there are whole communities that share this point of view. It seems that on this lonely planet,anime sex doll can help people feel less alone for a short time until they are ready to engage in the real world.

The claims for sex dolls to be able to help cure loneliness are not backed up by scientific research as of yet. But you can expect the research being held pretty soon. As of now, this movement is supported mainly by the sex dolls user, who openly confirm that they do use sexbots to relieve tension created by loneliness. It is estimated that around 30% of sex dolls users suffer from mental health issues. And with the demand growing rapidly, we can assume that more and more people look for inorganic relationships.

The debate about human and 100cm sex doll relationships already started and won’t stop anytime soon. It is a definite fact that people look not only for sexual experiences and that they care about meaningful relationships as well. However, the world at the moment is a very lonely place, so it is needed to stimulate the mind not to feel alone all the time,as it is a dangerous place to find yourself in. As a society, we should look out for one another more, and if somebody in your group needs a sex doll to cope with the feeling of loneliness, let him or her be. Sexbots shouldn’t be something people are ashamed of.

Can sex dolls be a cure for loneliness? Our company sells the most realistic sex dolls The doll is hands down the best, looks and feels so real, definitely recommend 5 Stars!!!

Product is way too heavy at 52 lbs., but excellent in design and function. The material is very realistic in terms of 'real feel'. Better than I had imagined. 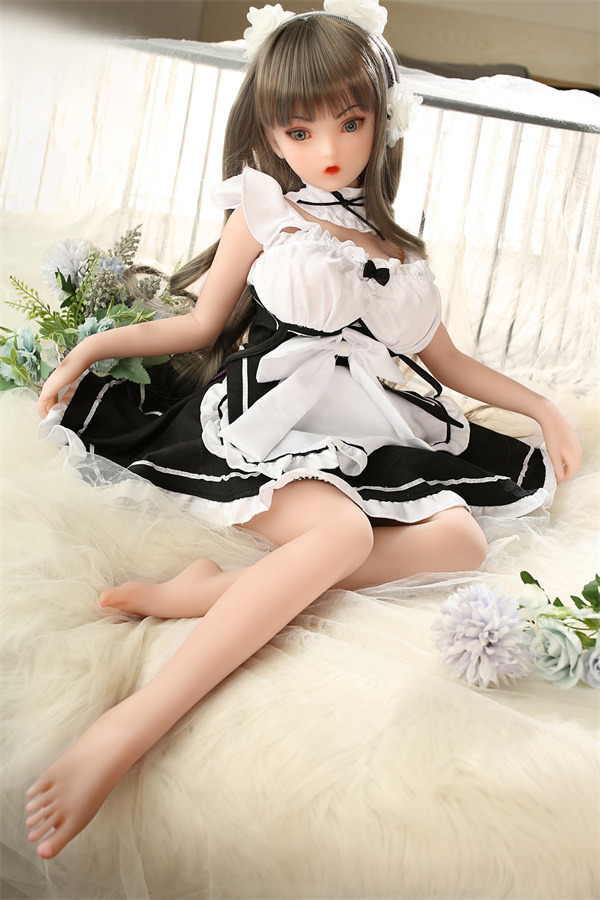